A group of three newspaper people, which includes a former Missouri Press Association president, has been announced as the 2020 Newspaper Hall of Fame class, however their actual induction into the Hall of Fame will be delayed until the 2021 Annual Convention and Trade Show at The Elms Hotel in Excelsior Springs.

Established by MPA in 1991, the 2020 Hall of Fame class will be the 30th group to be inducted, and their induction will take place at the same time as the 31st class, which has yet to be determined. The Hall of Fame banquet planned for 2020 has been canceled along with the rest of the 154th Annual Convention and Trade Show that was scheduled for September, in Jefferson City. 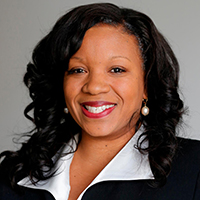 A 24-year journalism professional, Kia Breaux is the Midwest regional director for The Associated Press based in Kansas City. As regional director, she’s responsible for business development and managing strategic partnerships.

A 1996 graduate of the Missouri School of Journalism, she worked in Washington, D.C. for Bridge News and Knight-Ridder Financial News before joining AP in 1997 in the Kansas City bureau. She was promoted to correspondent in the AP’s Roanoke, Va., bureau and later was named news editor for Nebraska operations, based in Omaha. She returned to Kansas City in 2005 as assistant chief of bureau for Missouri and Kansas, then interim bureau chief in 2008 and bureau chief in 2010.

Breaux has been recognized as an excellent role model within the AP and exemplary leader who excels in her responsibilities and commitment to diversity in journalism. She has actively sourced students for AP’s Global News Internship Program and has served as a mentor for a number of AP’s interns who have gone on to become accomplished journalists in their own right.

Her commitment to journalism extends beyond her day job, including having served as a member of the Missourian Publishing Association Board of Directors, the Honors College Advisory Council and the Mizzou Alumni Association. She also served as vice president of the Missouri Sunshine Coalition, and a trustee of the William Allen White Foundation. 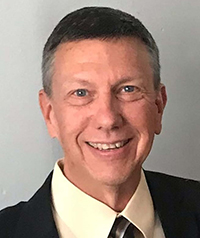 In his youth, Dane Vernon worked at the family’s newspaper, The Advertiser in Eldon, stuffing sections and inserts, and later processing photos in the darkroom. He joined Vernon Publishing full time in 1979, working with his father, Wallace, to at first manage special sections before moving to Versailles two years later to oversee the Leader-Statesman there and the Morgan County Press in neighboring Stover.

Vernon took on the Tipton Times when the family’s publishing company bought it in 1983 and remained there until his father semi-retired in 1992, at which time he began overseeing the entire company’s operations. Later joined by his wife Sharene as co-publisher, Vernon oversaw an expansion of the company’s printing capabilities and helped usher in many digital publishing advancements.

Serving as MPA President in 2002, Vernon was and remains a strong proponent of the Newspapers in Education program, which continues to benefit MPA member newspapers to this day. He remained publisher of The Advertiser until 2007, when his oldest son, Trevor, became the third generation of the family to helm the business.

Currently a member of the Missouri Press Foundation Board of Directors, Vernon has a long history of volunteering his time, including serving as president or a board member of civic and business organizations and councils for the arts. Professionally, he is a past president of the former Central Missouri Press Association (now Show-Me Press Association) and past regional director for the National Newspaper Association. 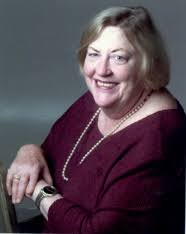 For nearly 40 years, Laura Rollins Hockaday worked to add diversity to the pages of The Kansas City Star, being considered by many as a trailblazer for putting persons of color in the newspaper’s society pages. She began at the newspaper in 1962 as a “Women’s News” section writer then became travel editor and, for the last 18 years of her career, was society editor.

In 1982, when editors first asked if Hockaday wanted the society editor job, she did not feel the names and faces reflected Kansas City’s diversity. She took the job on the condition that she would define what the society was, desegregating the society pages to be progressive and inclusive of all who call the city home.

Believing society reporting should be a common denominator for the community, Hockaday made that section in the newspaper a medium for bringing people together, instead of setting people apart. Her Wednesday columns were known for introducing readers to scores of role models from different parts of the city’s society.

Hockaday herself is widely recognized as a role model for journalists of all types in Kansas City and the surrounding area. When she retired in 2000, the city passed a resolution honoring her decades of service, recognizing her as a major force of change to make Kansas City a better place. The Kansas City Association of Black Journalists named the Laura R. Hockaday scholarship in her honor. She died Oct. 24, 2017, at age 79.