Inductees will be honored during MPA’s 156th Annual Convention in Lake Ozark.

Three newspaper people will be joining the Missouri Newspaper Hall of Fame as the 2022 class. Their induction will take place Friday, Sept. 16, during 156th Annual Convention and Trade Show in Lake Ozark.

Established by MPA in 1991, the 2022 Hall of Fame class will be the 32nd group to be inducted. This year’s inductees are the late Joe Gravely, former publisher of the Bolivar Free Press; Dana Raker, former editor of the Holden Image; and Jon K. Rust, president of Rust Communications and publisher of the Southeast Missourian, Cape Girardeau.

If you would like higher resolution photos for print, please click the images in the copy below or email Matt Barba at mbarba@mopress.com. To register to attend the Convention, visit https://bit.ly/3MGM6hJ. 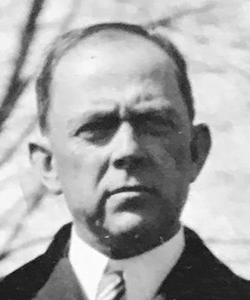 The late Joe Gravely published his first edition of the Bolivar Free Press on March 5, 1891, when he was just 25, and he would continue at the helm of the publication for the next 43 years, until his death from a heart attack in his sleep in 1934. While tenures of ownership before him seemed impermanent, Gravely’s efforts resulted in his sons, Ralph and Marshall, guiding the publication for another 31 years after his death and ensured the preservation of Polk County’s oldest continuous business.

Gravely’s first association with the Free Press, which had been started in 1868, came when he left school at age 13 to learn the newspaper business. He started at the Free Press, learning the mechanical side of the business before moving to Springfield to learn more about the trade.

When he returned to the Free Press as a young man, Gravely had a partner in his early years but mostly ran the newspaper on his own, facing immense competition over the years with only one other publication, the Bolivar Herald, remaining sustained in its opposition. Competition between the Republican-affiliated Free Press and the Democratic rival Herald was fierce but fair, an attitude that was nurtured and encouraged by Gravely’s approach to publishing.

That stance between the newspapers would remain even after Gravely’s death in 1934. The mutual respect Gravely helped engender in the community and between the publications was perhaps best demonstrated in 1951 when the Free Press staff assisted the Herald in publishing their newspaper the week that the latter publication’s publisher died. His induction will mark the fifth publisher from the Bolivar Free Press and Herald and their merged successor newspaper to be named to the Hall of Fame. 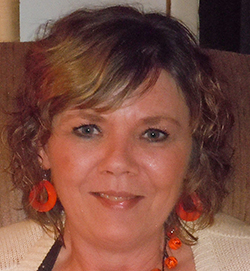 For nearly 20 years, Dana Raker embraced her work for the Holden Image with the passion of someone who has found their true calling. Working at the newspaper was not Raker’s first career but it became the job that allowed her to continue working despite debilitating illness.

Before being hired as a staff writer at the Image in 2002, Raker worked as a manager for AT&T in an office of several hundred but left to pursue work she would find more meaningful. She found it at the newspaper, a role which gave her the responsibility of ensuring the community’s voices were being heard and its stories were being told.

Diagnosed with Primary Lateral Sclerosis in 2012, Raker’s love for journalism contended with the progressive motor neuron disease that gradually causes loss of function and often means the end of a patient’s career. Thanks to accommodations and an understanding publisher, Raker proudly continued her work covering her hometown of Holden, as well as providing editorial work for a monthly publication, the Lone Jack Highway 50 Corridor, until her retirement in June 2022.

While Raker has always been an advocate for her community through her editorial work in the newspaper, she is limited physically to what she can do to help the community. Still, Raker and her family continue to show their financial support for groups like Project Christmas Child and causes such as helping cover local school lunch debts because, as she puts it, “I believe everyone can do something, even if it’s just a small thing, to make a difference in people’s lives.” 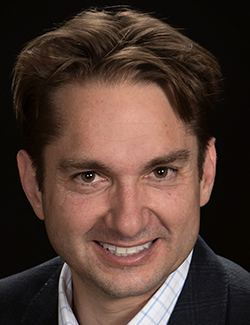 Jon K. Rust is a media innovator and newspaper industry leader who has helped guide Rust Communications and others through changing technology, shifting readership and new revenue opportunities.

As chair of the technology committee for the Associated Press – and later vice-chair of the board – Rust is cited for helping AP devise its strategy to respond to digital competitors.  Thomas Curley, former President and CEO of AP, wrote: “[Elected to the board] of the Associated Press in 2006, in very short order, Jon rose to fill one of the most pivotal roles in AP board history by helping win over some of the nation’s largest publishers on a digital strategy for AP.” Rust served on the AP board from 2006-2015.

Rust is also cited for his work helping to transform a national newspaper trade association. Local Media Association CEO Nancy Lane wrote about the former LMA board chair and longtime board member: “Jon didn’t just serve on our boards. He was a roll the sleeves up kind of leader who was truly there to help the industry transform.”

Rust has led new initiatives that have influenced the media industry through projects with the largest technology companies in the world, including Google and Meta, and he was among the first in the United States to launch a form of “right-to-be-forgotten” and toxicity ratings for online commentary. He has been a speaker at gatherings from the Google News Initiative to National Newspaper Association, Inland Press and Missouri Press, as well as AP events. His idea for a collaboration with Southeast Missouri State University helped transform its mass media education and student publication, which is now located in the Rust Center for Media in downtown Cape Girardeau.

Rust grew up working in his father’s free distribution weekly newspaper in Cape Girardeau, cleaning bathrooms, sweeping the floors, working on the insert line and taking out the trash. In middle school, Rust began writing for the newspaper and assisting in all departments. He served as editor or managing editor of his school and college newspapers, including with the Daily Tar Heel at the University of North Carolina-Chapel Hill, where he was a Morehead Scholar.

His post college experiences included living and working in Russia during the end of the Soviet Union, where he was selected to represent the United States in a series of debates throughout the USSR, including on Russian TV.

Rust rejoined the family’s then-four-newspaper operation after college to serve as editorial page editor and head of special projects at the Southeast Missourian, assist with the transition to computer-aided design and layout, and help hire a new management team to oversee the company’s rapid growth. He also worked a year as a capital correspondent reporting from Washington, D.C.

In 1997, he left the newspaper company to earn his MBA from Harvard University, where he was elected president of the Leadership and Ethics Forum and graduated with distinction. He received a Dean’s Research Fellowship in 1999, which led to him joining the staff at Harvard for a year, writing cases and textbook chapters on internet media. In 2000 Rust returned to Cape Girardeau, and in 2003 became co-president of the company with his late brother, Rex, when his father, Gary W. Rust, retired from day-to-day operations. The second-generation Rust Communications now includes more than 20 newspapers and dozens of websites in seven states, as well as magazines and minority ownership of 17 radio stations. Since 2004, Rust has also been publisher of the Southeast Missourian.

Rust, whose community service has been extensive, was nominated by his father, a 2003 Missouri Press Hall of Fame inductee: “[Jon] is a quiet but strong leader and never a self-promoter. He humbly serves others, his family, his church and his community with honor and the utmost integrity. … I am so incredibly proud of him as a son, a father, a man of faith and as a leader in the community and the newspaper industry.”