Inductees from 2020, 2021 will be honored during MPA’s 155th Annual Convention in Excelsior Springs

Three newspapermen, including two former Directors on the Missouri Press Association Board, will be joining the Missouri Newspaper Hall of Fame as the 2021 class. Their induction will take place Friday, Sept. 24, during the 155th Annual Convention and Trade Show in Excelsior Springs.

Establishing by MPA in 1991, the 2021 Hall of Fame class will be the 31st group to be inducted, and their induction will take place at the same time as the 30th class. Last year’s induction ceremony had to be canceled due to COVID-19 pandemic concerns.

If you would like higher resolution photos for print, please email Matt Barba at mbarba@mopress.com 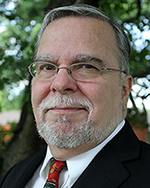 With 40-plus years of journalism experience and more than 250 first place contest awards to his name, Jack “Miles” Ventimiglia has spent his career proving he is a “jack-of-all-trades” newspaperman.

The first in his family to attend and graduate college, Miles had dropped out of high school for a year before returning to finish and then go to college, earning his master’s degree in journalism mass communication from Central Missouri State University. Since 1980, he has held a variety of editor positions at publications in Illinois, Kansas and Missouri.

Miles has earned or shared in earning more than 250 first place awards from multiple journalism and press organizations, including MPA, National Newspaper Association, Society of Professional Journalists, Associated Press Managing Editors, Missouri State Teachers Association and several others. Among his many accolades have been 13 Gold Cup wins in Missouri Press’ Better Newspaper Contest from three non-affiliated newspaper groups, The Liberty Sun-News, The Warrensburg Daily Star-Journal and The Richmond News.

Issues ranging from the local to the professional have been the subject of Miles’ ink, including championing gender equality and civil rights, advocating a reporter shield law in Illinois and proposing similar legislation for Missouri’s reporters, and arguing for a state amusement park ride inspection law and state sex offender registration reform. In addition to serving as a director on the MPA Board, he has been an active member of the Association’s Contest Committee and was president of the Kansas City Press Club/Society of Professional Journalists. 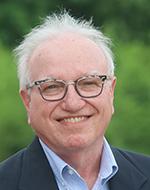 In 1981 Steve Tinnen joined The Clinton County Leader, working with his father, Skip Tinnen, and doing every job required at his hometown newspaper, from selling ads and writing features to covering hard news and shooting sports photos. Twenty years later, he took over as publisher and became the newspaper’s ninth owner until he and wife Sue sold it in 2021 to retire to spend time with their children, Liz and Jimmy and granddaughter, Maddie.

Tinnen has earned a reputation as one of the top publishers in Missouri with unbreakable dedication to balance and truth. Every week for more than 1,040 weeks, beginning when he became publisher in 2001, he has written his column, “What’s the Shape of the World?” His work and the work of the staff at The Clinton County Leader has been recognized on numerous occasions, including earning two gold medals and two first place General Excellence awards from the Missouri Press Foundation’s Better Newspaper Contest in recent years.

He has previously been active on the MPA Board of Directors and is very involved in the Northwest Missouri Press Association, including contacting presenters and helping to organize the group’s annual meeting. Outside of the newspaper industry, he has served on the Cameron Regional Medical Center Board of Directors, the Clinton County R-III Board of Education and the Plattsburg Parks Board.

Tinnen is known in the Plattsburg community as one of its loudest supporters, most honest critics and a vigilant defender. The same things can be said for his commitment to Missouri newspapers and the journalism craft. 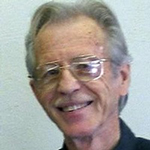 For more than 50 years Alan R. Turley dedicated his life’s work to the readers of his hometown newspaper, The Van Buren Current Local, and the citizens of Carter County at-large. His introduction to the newspaper came in his teens when he was employed there to operate a Linotype type-setting machine, a sheet-fed newspaper printing press and a hand-fed job press.

Following his graduation and a stint at Southwest Missouri State University, he took positions at newspapers in Oklahoma, Arkansas and then eventually at the St. Louis Post-Dispatch, where he was a Linotype operator on the nightshift. In December 1957, he and wife Marge purchased The Current Local, fulfilling a dream of Alan’s since he had first worked there.

The Turleys made a number of improvements to their newspaper before selling to a local business consortium in 1970, who in turn sold The Current Local to area publisher Charles Ellinghouse. Following a time working as a sales representative for the Daily American Republic in Poplar Bluff, the Turleys once again purchased The Current Local, this time from Ellinghouse in 1972, where Alan remained until his retirement in 2014.

Turley was known as a bastion of reliability, rationality and honor to the readers of the newspaper. His legacy is the preservation of necessity and integrity of The Current Local and, by extension, the integrity of newspapers everywhere in the minds and hearts of their readers. He died Dec. 11, 2014, at age 85 and just a month after his retirement from the newspaper.

More information about the Missouri Newspaper Hall of Fame, along with registration information for the Annual Convention can be found on Missouri Press’ website at mopress.com